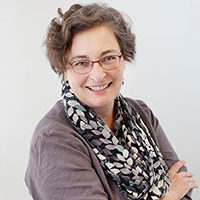 I am a Certified Professional Midwife, licensed in Wisconsin. My journey as a birth worker began with my own four births, all of which were un-medicated, one in a hospital setting, and three at home. These babies were raised with breast-sleeping, child-lead weaning, attachment parenting, homeschooling and public schooling. And, as they are all teens and young adults now, I can assure you that they do eventually sleep in their own beds!

As a doula and childbirth educator, I began serving families in 1997. After some time devoted to the above-mentioned parenting of four busy, growing children, I came back to the work of studying midwifery. I earned my CPM and Wisconsin license in 2010. I began studying Abdominal Therapy in 2013, taking a total of four-week-long classes, including Home-Care, Professional Care, Advanced Pregnancy, and culminating in certification in the techniques in 2017 with the final class in Belize. I am an advanced practice lactation consultation since 2016, though I spent many years in various La Leche League groups gratefully receiving and eventually providing mother-to-mother support for breastfeeding parents.

My whole family works behind the scenes to make the support of young families possible. In my free time, I love to hike, take photos, knit, sew, and sing. 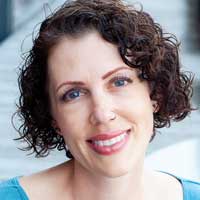 I’ve wanted to become a midwife for a very long time and started school in 2020 towards a degree in direct-entry midwifery. I believe that how our children enter this world can set the stage for things to come. My three births at home were some of the most empowering and transformative moments of my life, and I hope to support you in having your own best experience while welcoming your child earthside.

While raising my own five children, I worked part-time as a doula for over 20 years, taught some childbirth education classes, facilitated a support group for teen moms, a WIC breastfeeding group, parenting naturally, and c-section support groups. I also served in multiple capacities for C.A.R.E. Network of Wisconsin, a local support, education, and networking resource for midwives, doulas, and others working with birthing families.

I value supporting birthing people and their families, how midwives safeguard emotional and physical health, and how birth has the power to transform or traumatize if not properly supported. When not working as a student midwife, I enjoy reading, improving my French, singing, playing guitar, and songwriting in addition to spending time with my family. 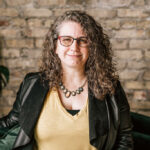 My journey into birth work began over 20 years ago. After two l hospital births, we hired a Doula for our third baby. This led me down a path to becoming a Doula and having water births at home for my next three babies.

I loved Doula work, but with six children to raise, I transitioned from on-call doula work to being a Co-Chair for C.A.R.E. Network of Wisconsin and working with families seeking a non-hospital birth at Well-Rounded Maternity Center birth center, which has since closed.

When I’m not coordinating schedules for Anja & Erin, you will find me spending time with my own family enjoying the latest superhero movie with my kids, snuggling with my grandbabies, traveling with my husband or planning a new organizational project for our home.

I look forward to connecting with you to schedule a consultation, coordinate your appointments, or answer any questions that you may have!